Known for his liberal and open ethos that respects and embraces cultural and religious diversity, Canadian Prime Minister Justin Trudeau lit a diya (traditional Indian lamp) ahead of the Hindu festival of Diwali and the Sikh festival, Bandi Chhor Divas.

Trudeau tweeted a photo of him lighting the lamp on Thursday: 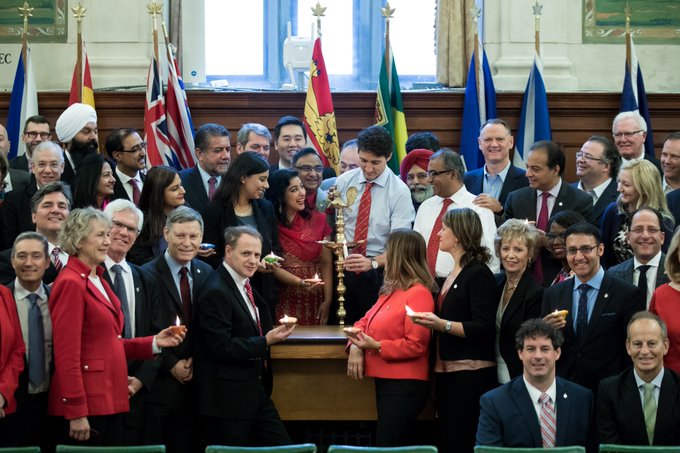 Trudeau is known for his commitment to cultural diversity in Canada and his visits to temples, and langars in Gurudwaras.

Last year, Trudeau had said that the festival of Diwali stood out as an example of Canadian diversity.

“Diwali highlights our shared values of respect and inclusion, and our commitment to freedom and equality. It is a reminder that Canada is a nation made stronger not in spite of our differences, but because of them