The lifelong art collector and admirer was among the first dozen members of the public to step foot inside the museum. Doors opened — following a lengthy opening ceremony — shortly after 10 a.m.

Bolstad drove from Regina just for the occasion, waiting patiently alongside the crowd of about 70 attendees in the chilly, rain-soaked air under the building’s front canopy. 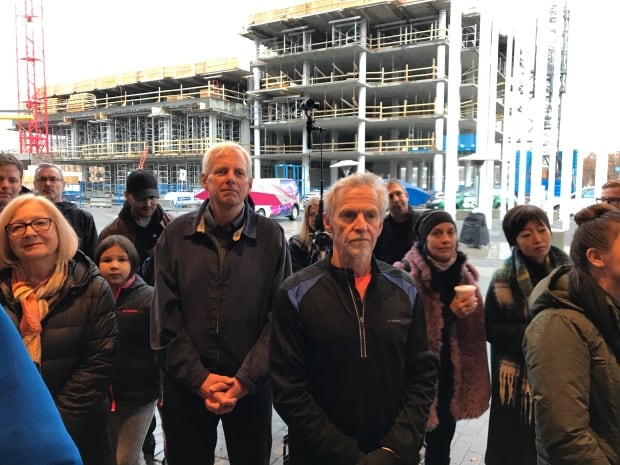 “But it was worth every minute,” he said. “The building is just beyond words to describe. Just an absolute delight to be here.”

While some people could be heard complaining about the wide, spare spaces, Epp said he dug it. 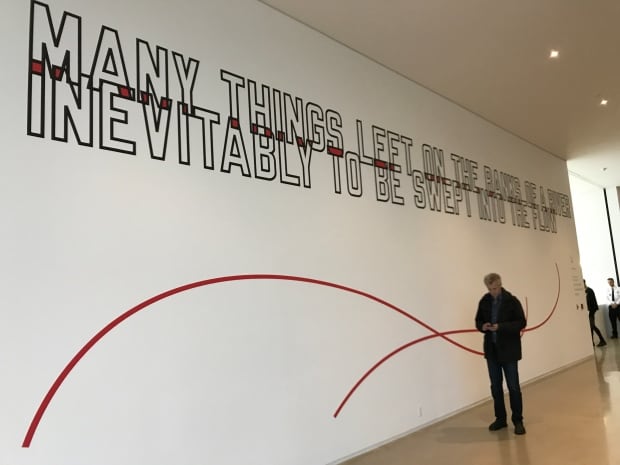 Because what happens in a clear, crisp space is that the people actually stand out in it,” he said.

“If you stand on the second gallery and look down, the people will look like little miniature objects in black and various colours against that beautiful white floor.” 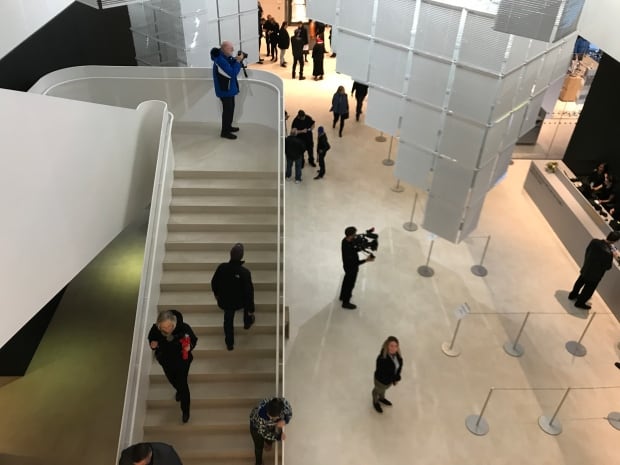 irst-time visitors had fun pointing out the museum’s quirks, such as the opulent-appearing front-lobby hanging display … 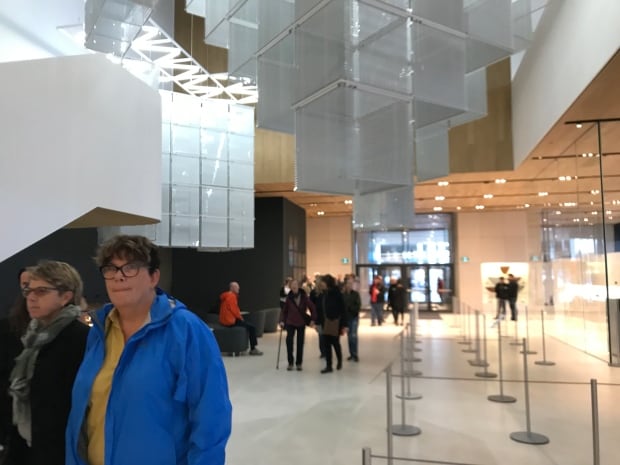 which, upon closer inspection, turned out to be a crafty nest of white blinds.

Some (like this film-buff reporter) found their way to the tucked-away, 150-seat Sasktel Theatre, where a subtitled art film showed off the theatre’s impressive acoustics.

The hour-and-a-half-long opening ceremony, marked by traditional First Nation and Métis performances from Buffalo Boy Productions and the Cree Land Dancers, began at around 8:30 a.m.

Mayor Charlie Clark, calling it “an ambitious building for an ambitious city,” was visibly happy to be speaking at the museum’s opening, thanking fellow city councillors for “staying the course” with the project over the years.

Clark remarked later that the delivery of the $84.6-million project seemed akin to a “birth.”

The highlight of the opening ceremony was a rare speech by Ellen Remai, the Picasso-quoting prime gallery donor who normally ducks away from the spotlight. 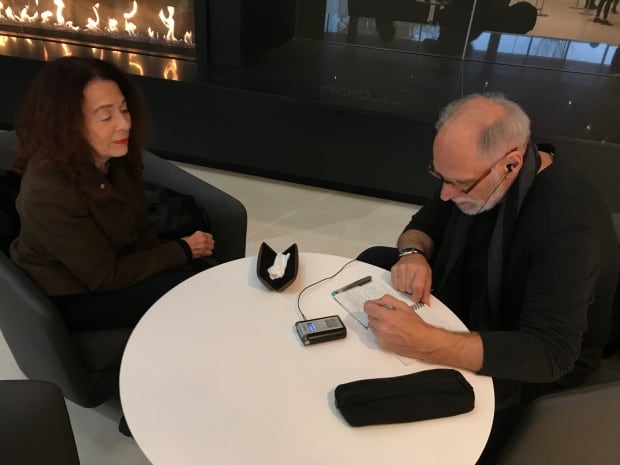 “We will all stand a little taller when we see ourselves on the world stage.”

And while the museum came in over its initial estimated cost of $58 million, another first-time visitor Saturday didn’t really care.

“We deserve it,” said his wife.